Aztec tattoo designs feature the ancient symbols and patterns of the Aztecs of Mexico. Some blame colonialism for the demise of the Aztec civilization. Today, many men and women are fascinated by “lost” Aztec lore and symbolism and some believe that many Mexicans are descended from the once-dominant Aztec community. Tattoos of this type are often inspired by the myths of the Aztecs. Originally, members of Aztec culture applied tattoos in homage to the Aztec Gods. These tattoos typically have a pleasing, ornate appearance, due to their intricate patterns. These designs often feature thicker lines and borders for a rugged, warrior-like effect. 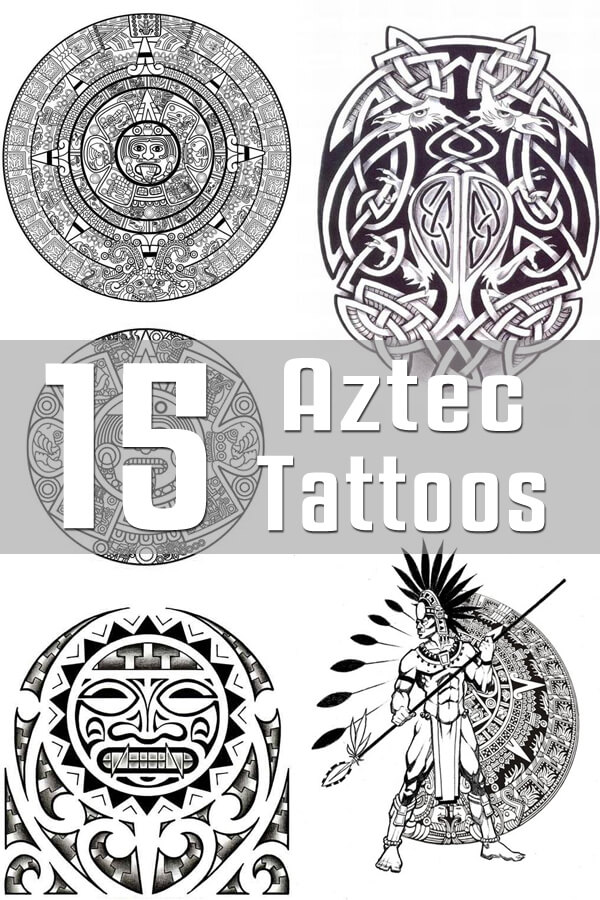